Ozark, one of the darkest dramas streaming on Netflix, is getting even darker in Season 2, according to the show’s cast.

In Season 1, audiences were incensed by Ozark‘s slow burn as they watched the Byrde family, led by financial adviser dad Marty (Jason Bateman) and mom Wendy (Laura Linney), attempt to escape their very major money troubles. There were deaths aplenty — most of them surprises — and it was almost beyond belief that the entire family survived the corrupt worlds of money laundering and drug dealing.

Season 2 promises more of the same, but this time the ante is significantly upped. With the death of Del (Esai Morales), the crime syndicate sends lawyer Helen Pierce (Janet McTeer) to get the details on what happened and shake things up. To add more difficulty to the Byrdes’ already hectic existence, Ruth’s (Julia Garner) father Cade has been released from jail.

Global News visited the Ozark set in Atlanta to speak with the cast and find out what’s going on in the upcoming season. Here are five things you need to know.

Most of the characters are still divided, emotionally and ethically 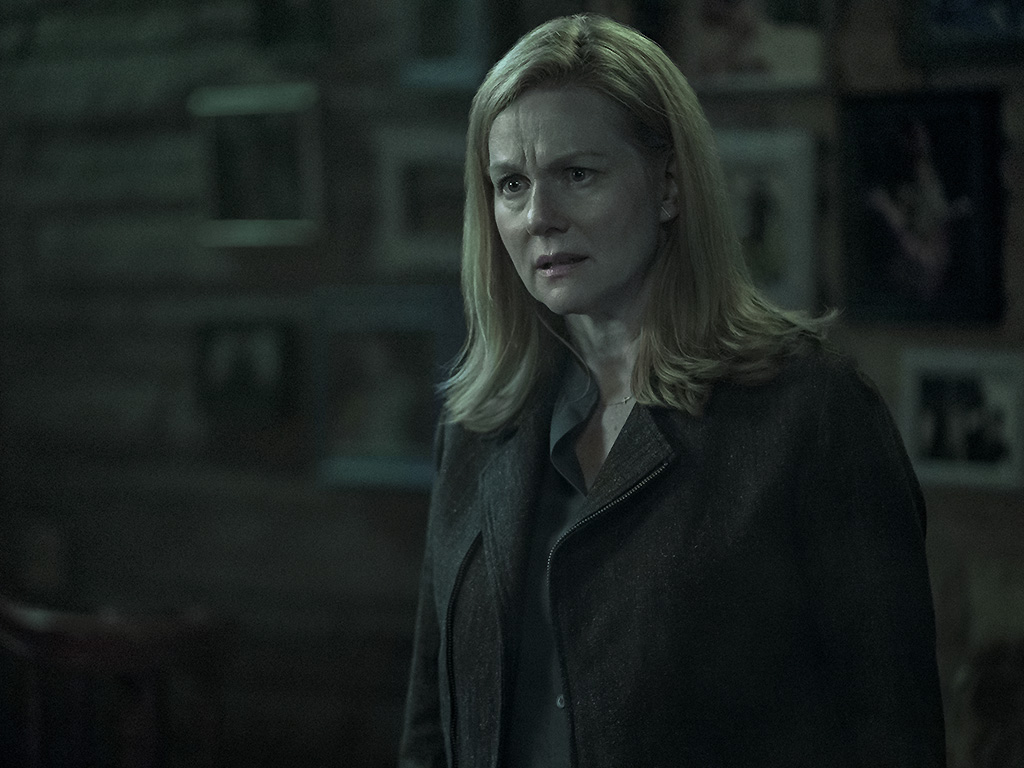 Just as in Season 1, Marty and Wendy scramble to keep their family alive, and sometimes that means bending the law and bending the (ethical) rules.

“This is a family of four who, for a long time, have functioned conventionally well together. But they don’t know each other at all,” Linney said. “At all! When they’re plucked out of their environment and put in a foreign place and everything is ripped apart, things start to reveal themselves and they learn about each other in a way that’s both horrifying and wonderful.”

Bateman agrees, and even finds some of Marty’s traits within himself — including that ability to shut himself down from outside emotion and influence.

“It’s a tough balance,” he said. “ I have an appetite for following the money, following the gun. I’m a typical male caveman viewer. More traditionally, the other sex will tolerate more heart and character connection, and I kinda go numb to that.”

“Marty can’t afford to be emotional, because then he can’t make the necessary pragmatic decisions to keep his family alive and provide for them,” he said. In sum, the cast is strongly hinting not to expect a different Marty or Wendy this time around.

Get ready for that darkness

But, you say, how can Ozark get any darker? It turns out that the deeper you get, the lower you need to go to get out of it. The Byrdes are chin-deep now, and with Ruth’s dad and a snooping lawyer in town, there are even more potential impediments standing in their way.

“It’s darker and heavier,” Garner said. “The script is better too. It’s deeper. It’s like a pressure cooker. Extreme circumstances bring the best and worst out of people.”

Linney also had her own food-related simile to describe Season 2.

“It’s better than Season 1. It’s deeper, richer and the characters are becoming more entangled, interdependent and codependent,” she said. “There’s a thickening of everything. It’s as if you have a great stew and it’s been sitting for a while … it’s like there’s been a seasoning. ” 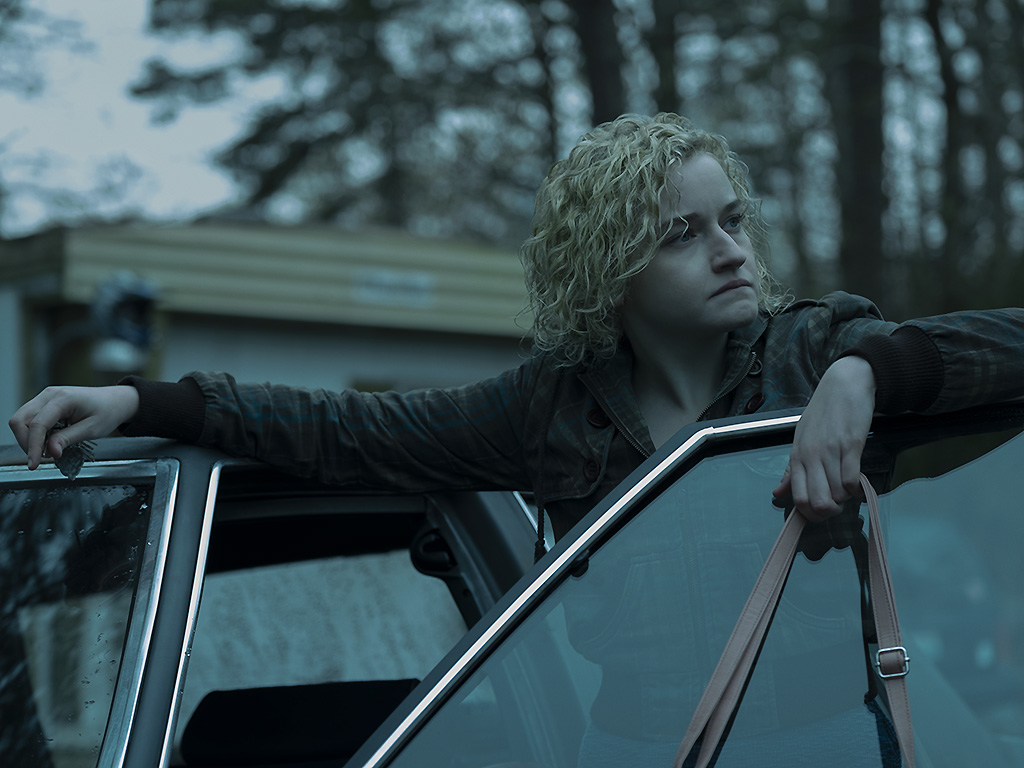 Bateman hints that everything is going to get more complicated.

Very little of the series is shot in the actual Ozarks

While it may seem authentic to the bone, in reality the majority of the series isn’t shot in the Ozarks. It’s a testament to the cast and crew that it definitely feels like it is. Even strip joint Lickety Splits isn’t a real place; all interior shots are done in-studio.

“Surprisingly, Georgia has a lot of terrain that is very different from ,” said supervising location manager Wes Hagan, who’s been with the show since the beginning. “We’ve done a really good job creating different variations of what the Ozarks have to offer. We feature two very prominent bodies of water constantly: Lake Lanier and Lake Allatoona, and they both double for Lake of the Ozarks for us in almost every episode. The Birdhouse is located on Lanier, and The Blue Cat is on Allatoona (in real life, it’s called the Little River Marina).”

Bateman tries to encourage as many on-location shoots as possible, saying it helps the show’s authenticity. As such, Hagan said, about 95 per cent of the show is shot outside the studio.

For the purists out there, in Season 1, two scenes are at least partially Ozarks-shot: the ledge outlook featured in the first episode is a real-life place called Lover’s Leap, and during the Party Cove segment, the show managed to get some airborne shots of the real end-of-season party.

Bateman sees himself as more of a director now

It turns out that Bateman took on Ozark mainly so he could stretch his directorial muscles. In Season 1, he directed the first two episodes and the last two episodes. This season, due to other obligations and last year’s intense schedule, he’s only taking on the first two.

“The directing is something that’s much more fulfilling for me, simply because it’s more complicated to be in charge of shaping the entire experience for the audience — visual, musical, editorial, lighting, even marketing,” he said. “As an actor you’re responsible for one particular lane. I don’t mean to belittle it, but it’s just something I’ve been doing for almost 40 years now. I wanted to take on more complexity. It feels more gratifying.”

As for Marty, Bateman said, “he’s the audience’s proxy and lens through which we’re exposed to all of this stuff. In drama, I’m usually the guy reacting to the dramatic guy. It’s not that big of a pivot for me, and I like that. I’m a little cynical about the whole acting thing anyway, but that’s a separate interview.”

The show’s plot is startlingly relevant to now 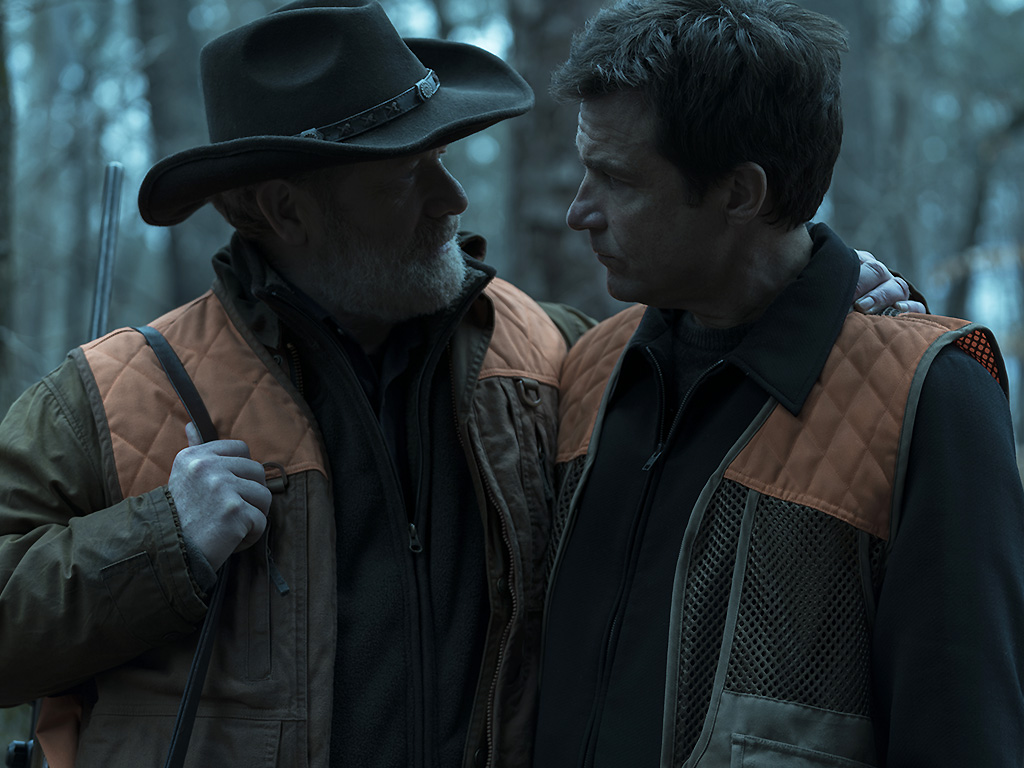 America is in the throes of major social change, and with it, the populace is questioning their own individual identities as well as their collective selves — strangely reminiscent of Ozark‘s plotline. It’s a weird parallel that somehow occurred by happenstance, and the show resonates so strongly because of it. The Byrdes (and Ruth’s family) are average, normal people caught up in something bigger than them.

READ MORE: Shaun Majumder not returning to ‘This Hour Has 22 Minutes’

“What I’m interested in, what I’ve been thinking about — and this is in the zeitgeist right now, particularly for Americans — is the question of, ‘Who are you?'” said Linney rhetorically about playing Wendy. “‘Who are we?’ ‘What do you believe?’ ‘What are you capable of?’ As people, as a family, as a community, as a country. I’m playing around in that world.”

“Marty Byrde came to the Ozarks from Chicago thinking he was going to ‘big city’ these guys, and he dangerously underestimated them,” agreed Bateman. “There is a parallel to that in our political climate right now. Both coasts thought they had it, that it was all done, that they didn’t need to worry about those people we fly over . They were wrong and they’re paying a big, big price for that. So is Marty.”

‘Ozark’ Season 2 is available for streaming as of Aug. 31 on Netflix.